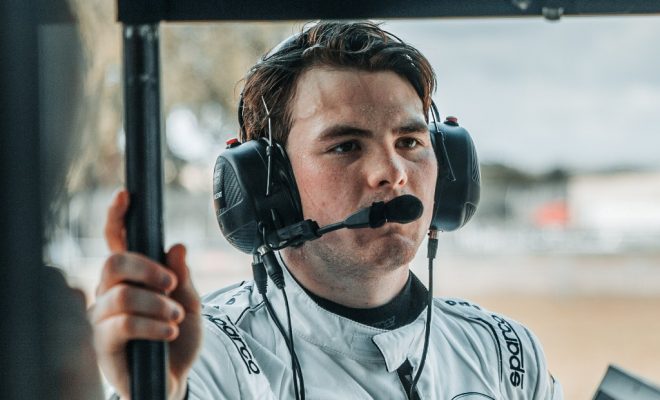 After spending some time away from the NTT IndyCar Series, Pato O’Ward is set to return in 2020 on a full-time basis driving for Arrow McLaren SP. The Mexican driver recently spoke with POPULAR OPEN WHEEL about his thoughts entering the season and more.

POPULAR OPEN WHEEL: What are your thoughts entering the season?

PATO O’WARD: I think most of all I’m just excited to join Arrow McLaren SP for next season with Oliver Askew. I think it’s great that we are two rookies coming into the program for 2020, so I think that’s something new and unique, and something that we’ll be really progressing from. I don’t really want to put specific expectations. I know if we do our job and I do everything that I need to do perfectly, the results will come to us. We should be up there fighting.

POW: What is it like for you having Oliver Askew as a teammate?

PATO: I think it’s great. He’s a driver that I rate really highly. To me, having a strong teammate in the team really changes everything. It really pushes me, and him, and the team together so honestly every time I race, I want the strongest teammate beside me. I know I will push myself more, I will push him more, and the team is going to be working to give us the right tools to get the results they deserve. I think it’s going to be fantastic.

POW: What track are you most looking forward to?

PATO: Austin is one that I really look forward to, so I think that’s what most excites me.

POW: You’re recently tested with the team at Sebring. What did you think of the new aeroscreen?

PATO: I think it’s good. I think it’s an improvement in driver safety. There’s just some things that we need to work to really get everything perfectly like the drivers would like. Visibility is okay, just some things that we have to work through to have more air circulating inside. But other than that, I think IndyCar made a great addition to the car moving forward.

POW: You got to run some races last year. What is the biggest thing that you learned that you feel will help you moving into 2020?

PATO: I think just knowing what to expect and learning how to do pit stops, save fuel which is something that you really don’t get a chance to teach yourself in the Junior formulas. So those races that I did really helped me get an idea what it’s all about.

POW: Now it has not been an easy road for you to get to this point with some adversity along the way. Does that motivate you even more to succeed?

PATO: Of course. Every year is an opportunity to make sure you complete the goals you want to complete and add on to the history that a driver has. Next year is really special and I want to make it worthy, and I’m definitely putting in the work in the offseason.

POW: Outside of your announcement, the other big talking point has been Roger Penske and his company taking over the series and Indianapolis Motor Speedway. What are your thoughts?

PATO: I think there couldn’t be a better person leading the boat. His businesses speak for themselves. Everything is well run and well put together, so I think the addition of him taking the ropes of IndyCar and IMS into his program, I think is for the best. I don’t think anyone better could be doing it. I’m actually really excited for what the future holds for IndyCar and IMS.

POW: Based on your road to this date, what would your advice be to the next young driver out there?

PATO: I think just take everything as it comes to you. Everything won’t be perfect or come to you smoothly. Lots of things can happen in short periods of time so you have to be ready for it, because it will go by you and you won’t be able to take the opportunity. So I think being ready and always just working through what challenges come your way is the best way to go through it. I’m a big believer in things happen for a reason so that’s probably what I’d tell someone, or my younger me.