Chase Elliott proved last year he can run the road courses well en route to winning the NASCAR Cup Series Championship, with three trips to victory lane. So it makes sense for him to enter the Rolex 24 Hours of Daytona.

“I’m just eager to get on-track,” Elliott said. “I have no experience in these cars and obviously, my teammates are all very good at what they do. So from my end, I’m just trying to learn as fast as I can, not mess up anything on my end it, and have fun. I think they’re a great group. I had a chance to meet them; I got to talk to them a bit earlier today. I think I got very fortunate with my teammates, and I think they’ll have fun, and they’ll help me get up to speed.”

The defending champion will be joined with experience alongside him, as Felipe Nasr, Pipo Derani, and Mike Conway will share the No. 31 Action Express Racing Cadillac with him.

Nasr was made aware of Elliott potentially joining the team before the deal went through conversations with Team Manager Gary Nelson, and attended both the Charlotte ROVAL and Daytona road course events, watching him succeed in both. 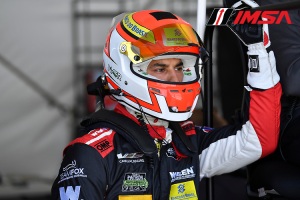 “I think Chase is going to fit in well with the team,” Nasr commented. “Again, there’s a transition phase he needs to go through in understanding the car, but I have no doubt he’s going to love these DPi cars, love the IMSA series, the race craft, the way – everything. I can’t say much since I joined IMSA in 2018, I’ve loved the series, and having Chase, the recent NASCAR Champion, I think it brings it up to a nice line-up as I said, and I’m very excited to share this experience with him. All I want to do is give as much information I can – the key points of the race, key points of the car, and I have no doubt he’ll step in and feel like home.

“All I can say is someone that is a great listener, normally has great skills behind him, and I can see him being a great team player already.”

The four drivers got their chance to speak and talk with each other for the first time in-person on Thursday ahead of the Roar at Daytona. The group having communication will be critical, as Elliott feels he will be leaning on those guys more than others this weekend.

“My mindset is just try to feed off their information and try to make their information make sense in my own head as time goes on through the weekend; going to lean on them a lot,” Elliott told POPULAR SPEED. “I think you’re going to have to learn fast having the Roar this weekend, not a lot of practice time to split it between four drivers. Really going to have to be smart about my time on track and soak up as much of it as I can as it will go by quick.” 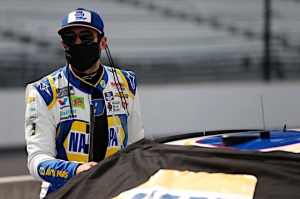 For the record, both Nasr and Derani stated they will be fully open and willing to help Elliott as much as possible, beginning with helping him get accumulated through practice.

“The basic things of the car, he’s getting used to all the buttons and settings,” Derani explained. “There’s more buttons than his NASCAR car has, but he’s very capable at it. I think it’s easy to get up to speed with all that. But for sure the little tricks here and there – Felipe, Mike and myself will definitely try and help him remember that through that race. But he just won a championship in NASCAR? So he’s top notch and he’s hungry for a win, and the 24 Hours of Daytona is a very good race to win.

“So I’m pretty sure he’s going to put all his effort forth in making that happen and us, as his teammates, we’re not going to measure any effort on my side in achieving those goals.”

Nasr also hopes the time allotted will allow Elliott to get used to the car, to go along with other things he offered in advice about race management, getting through traffic, saving tires, and the restarts.

“When it comes night time at Daytona, the temperature gets much cooler,” Nasr continued to POPULAR SPEED. “So you got to be extra careful on having a flat-spot tire or putting a wheel wrong on the race. There’s a lot of little things that I’ve been trying to add on to him as the week goes on, and I’m sure they’ll be more.

“But I can see. The guy is a champ and he’s pretty open to listening, and I’m sure he’s going to have a blast in the car.”

Outside of his own teammates this weekend, Elliott admits having conversations with Jimmie Johnson following his test in December.