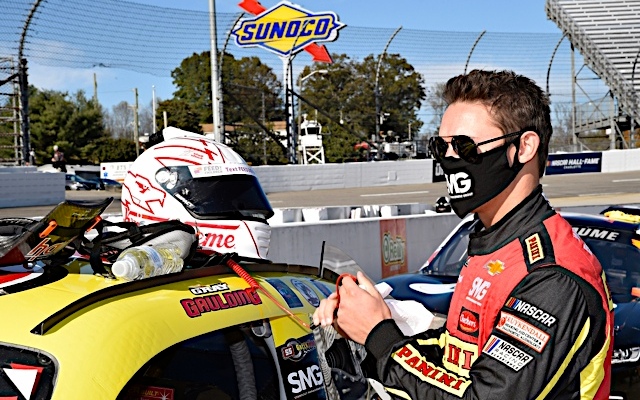 Every NASCAR Silly Season results in several drivers finding new rides for the upcoming campaign, with a couple others either retiring or left on the outside looking in. The 2021 version was no different, with drivers moving forward to other ventures and many switching seats.

So as we have done in past years, allow us to break down the changes for you, once again for the third time in 2021.

After competing in just six races last year, Gray Gaulding will get the full-time nod for 2021, thanks to Jimmy Means Racing. Even though battling for one of the underfunded teams, Gaulding proved he can make magic happen on the superspeedways, as evident with a pair of top-10’s including a runner-up at Daytona International Speedway. This move is something that could definitely help elevate the program for Jimmy Means.

Success in the ARCA Menards Series will see Ty Gibbs begin the next chapter of his racing career, with his Xfinity Series debut coming at the Daytona road course with Joe Gibbs Racing. He has been fast in ARCA, but sometimes success there is very dependent on equipment. So now competing against multiple teams in equal funding, it will be a true test as to where the third-generation racer stands in regards to his talent.

The car Gibbs will be driving will see multiple faces, with JGR Cup stars Kyle Busch, Denny Hamlin, and Martin Truex Jr. each set to take a turn behind the wheel. They will be joined by Ty Dillon, as part of his partial effort across the board as he is set for four events. Dillon stated that knowing he could not put a full-time ride together, he wanted to get himself into cars he felt could win races and showcase his talent. Certainly knowing the success of JGR’s program makes this a perfect scenario.

Dedication to his craft, combined with a couple stellar runs last year have allotted Ryan Vargas to turn nine races last season into a full-time campaign with JD Motorsports with Gary Kellar in 2021. While some people may not give JD Motorsports credit, Vargas showed they have potential with an eight-place finish at Texas Motor Speedway. A couple more surprise runs, combined with a consistent string of top-15 results could very well make for a successful rookie campaign.

Jordan Anderson created headlines over the past couple years, in taking a small owner-driver organization from just barely qualifying to running inside the top-15 regularly in the NASCAR Camping World Truck Series. He is now set to take his program up to the next level, ready for a full-time campaign in the NASCAR Xfinity Series. Slowly building up to running inside the top-20 is something Anderson will probably be looking to attain, following the same business plan as he just completed with the truck.

Our Motorsports continued to solidify his program, confirming Andy Lally for the Daytona road course event. He ran that event, as well as Road America, in 2020 for them, and placed fifth in both races. Couple things come their way, and he’d be the perfect underdog victory.

Big Machine Records was originally set to have Jade Buford behind the wheel full-time with their new team, but will be unable to do so as he is not approved for the superspeedways. Instead, Danny Bohn will take over the controls for his Xfinity Series debut. He is approved to run, thanks to experience in the NASCAR Camping World Truck Series, including a top-10 at Martinsville Speedway to make him the perfect underdog.

Experience in the Camping World Truck Series with a couple full-time seasons will see Jason White jump behind the wheel of the second car for RSS Racing. However, it is worth noting he has not driven since 2014 so expecting huge success matching Ryan Sieg may not be the perfect method.