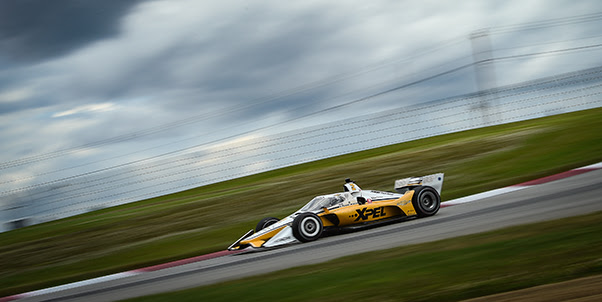 Newgarden Speeds to Top of Friday Practice at Mid-Ohio

LEXINGTON, Ohio (Friday, July 2, 2021) – There’s one thing clear with Josef Newgarden as he and Team Penske search for their first victory this season in the NTT INDYCAR SERIES: Speed is not a problem.

Newgarden led the opening practice for The Honda Indy 200 at Mid-Ohio Presented by the HPD Ridgeline on Friday at Mid-Ohio Sports Car Course. The two-time series champion turned a top lap of 1 minute, 7.2524 in the No. 2 XPEL Team Penske Chevrolet, continuing a trend that has seen Newgarden win the NTT P1 Award at the last two series races.

“It was a good session,” Newgarden said. “The thing I noticed right was that the car felt phenomenal. When you get into a car and it feels that good, you’re like, ‘Man, we got something right here coming into it.’

“I think we’re on the right track. Getting into the reds (alternate Firestone tires) in qualifying is going to be the tricky bit, to keep the balance. You normally put a lot of understeer here on reds. So far, so happy.”

Saturday’s action includes practice at 9:05 a.m. ET (live on Peacock), NTT P1 Award qualifying at noon (live on Peacock, 8 p.m. Saturday on NBCSN) and final practice at 3:30 p.m. Expect a tight race for spots on the 26-car starting grid, as less than one second separated the top 18 drivers in practice today.

The 80-lap race on the 13-turn, 2.258-mile circuit is set for noon Sunday, live on NBC and the INDYCAR Radio Network.

This is a home race for Harvey and Rahal. Englishman Harvey’s team, Meyer Shank Racing, is based in nearby Pataskala, Ohio, and team co-owner Michael Shank is a native of Columbus. Rahal also is a native of the Columbus area.

“We just want a smooth weekend,” Harvey said. “It’s everyone’s home race at Meyer Shank Racing. Mike has been awesome. There’s no added pressure, but we all want to get a good result for him in the place he grew up.”

The practice included one red flag, 25 minutes into the session, when Felix Rosenqvist spun in Turn 1 and stalled in the No. 7 Arrow McLaren SP Chevrolet. Rosenqvist returned to the series today after missing the REV Group Grand Prix presented by AMR on June 20 at Road America and Race 2 of the Chevrolet Dual in Detroit on June 13 due to a heavy crash in Race 1 at Detroit on June 12.

Rosenqvist ended up 13th quickest in the session at 1:08.0265. Another driver returning from an injury hiatus, Rinus VeeKay of Ed Carpenter Racing, was 18th at 1:08.2367 in the No. 21 Sonax/Autogeek Chevrolet. VeeKay missed the Road America round due to a broken collarbone suffered in a cycling accident.

The spin by Rosenqvist wasn’t the only incident of the session. Colton Herta came within inches of the concrete wall between Turns 9 and 10 earlier in the session in the No. 26 Gainbridge Honda after going off track and bouncing through the grass.