There’s been a lot of movement through this past off-season, as seen in the first edition of Tracking the Changes. So which NASCAR Cup Series silly season move has been the most shocking and which driver/team do you think will benefit the most?

Mitchell Breuer: I think the most shocking move was (Chip) Ganassi selling. I feel like people have forgot how crazy that announcement was, especially since there really wasn’t any rumors that something like that was going to happen. 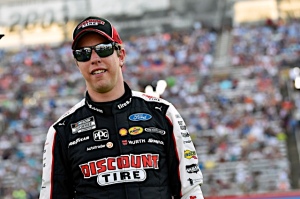 As far as who will benefit the most, I think 23XI Racing and Roush Fenway (now Keselowski) Racing will both be better off with having veteran experience at their team. RFK especially I feel like that team needed a reset of sorts and that Brad (Keselowski) will bring a lot of good to a team that desperately needs it.

Ashley McCubbin: I am going to have to agree with Mitchell. It seemed each of the other announcements that followed certainly just fell in line with each other following that, as everything fell into place. Certainly, you could say to a degree that Keselowski wasn’t expected to leave Team Penske, but you’d be forgetting his long-term owning goals if you said that.

I think quite possibly it will be the team that bought the shop in which Ganassi was inhabiting that should benefit – Trackhouse Racing. Justin Marks and Pitbull laid a solid foundation, and that showed with some solid runs from Daniel Suarez. He put himself in contention for top-10’s, and we haven’t seen that from a first-year team a lot as they have mostly struggled.

So now let’s combine the foundation, with crew members and equipment that was proven winners. Sure, we have new cars, but some of the parts (motors, drivetrain, certain suspension parts) will carry over which should only benefit them moving forward.

There’s also the expansion in the team, with having Ross Chastain behind the wheel. He’s proven his natural talent, with people flocking his direction during the Xfinity Series and Truck Series days to earn his reputation. Chastain can also offer advice to the route that Ganassi held to obtain their success. Plus, two cars means twice the data, notes, research, everything and that’s got to be beneficial when you’re trying to understand a new car. 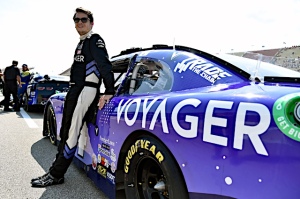 Cole Cusumano: This is such a difficult question to answer, because the silly season for 2022 has been loaded with many impactful signings.

In my opinion, the most shocking offseason hire has been Landon Cassill to Kaulig Racing. It makes sense, because he has the backing of Voyager cryptocurrency, but it’s such an under the radar signing, just given his 14-year journey throughout NASCAR.

Cassill developed a reputation as a fan-favorite underdog, who regularly competed for underfunded teams. That being said, he fits Kaulig’s bill incredibly well, seeing as it’s been sort of a team of second chances (i.e. A.J. Allmendinger, Daniel Hemric, Jeb Burton). I always thought the Iowa native was a very talented racer, and I can’t wait to see what he can do for a team with a winning pedigree.

Additionally, I think Zane Smith moving to Front Row Motorsports’ truck series program was pretty surprising, only because I thought Chevrolet, and specifically Hendrick Motorsports affiliates, would do everything in their power to lock him down until he was Cup ready.

As for which team will benefit the most from a certain silly season move, it’s a toss up between Roush Fenway Keselowski Racing and 23XI Racing, but since Mitchell touched on RFK, I’ll shed light on my reasoning for 23XI. 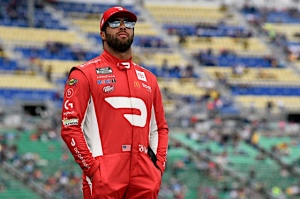 I thought 23XI made great strides throughout 2021 and it was a huge achievement for them to secure a win in their first season, however, there was never a point in time where I felt they were a true race winning team or even a weekly top-10 team. That’s not a knock on Bubba Wallace, it’s just difficult in general for any driver to adjust to a brand new team and manufacturer, especially at younger age like Bubba.

I think Kurt Busch moving to 23XI Racing is going to bring much needed structure to the second-year team and will greatly enhance Wallace’s developmental process. He’s a former Cup Champion with 21 years of full-time experience at the premier level with 33 wins and counting.

Many people overlook that fact that Busch has driven for multiple different teams throughout his career ranging from elite, to average, and even underfunded. In this time he’s showcased his ability to get the most out of whatever equipment he’s given and I think he will excel moving from CGR to a TRD program. I truly believe Busch is going to elevate 23XI to the next level in 2022.