After making racing headlines in the U.K. and Ireland, Jonathan Browne is ready to bring his racing talents to the United States and partake in the Indy Pro 2000 Championship Presented by Cooper Tires.

News From The Pits recently caught up with the Turn 3 Motorsport driver to get his thoughts entering the 2022 campaign.

ASHLEY MCCUBBIN: What is it going to be like moving your racing ambitions to the U.S. for 2022?

JONATHAN BROWNE: Well, I will let you know in a year time. I’m really looking forward to it. It’s something I’ve always wanted to do. I’ve never raced outside of Europe so I think it will be a cool new experience.

ASHLEY: You mentioned this being something you always wanted to do, so why do you feel Indy Pro 2000 is the next right step of your career?

JONATHAN: Well, the whole Road to Indy system suits really well for young drivers trying to make it as a career into (the NTT) IndyCar (Series). I think it’s a nice ladder you can follow, and supporting IndyCar is really cool. I think the ease of the ladder is why it’s the one to go for.

ASHLEY: What would you say are your goals being your rookie campaign?

JONATHAN: Well, there are lots to learn in a new car on street tracks, even with a new car for me, too. So it’s a lot of news this season and it will be hard at times, but I want to keep chipping away and fight towards the front end. Especially towards the end of the season, I want to be towards the front and battling with the big boys. I want to take it race by race and see where we are at the end.

ASHLEY: What are you most excited for this season?

JONATHAN: Just learning those new tracks and new places to experience, as well. I’ve never been to some parts of the States that we’re going to and never would’ve planned of going there, so it will be cool to see that different side of America and the world and have they operate. But also, to see how racing over there operates. I’m not sure if I’ll be used to it, completely different, or a total culture shock.

ASHLEY: For those people who do not know who you are, how did you get started in racing? 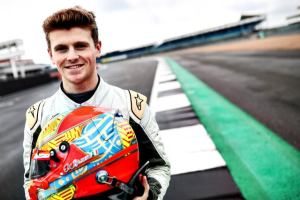 JONATHAN: So I started in karts when I was eight. My whole life, I wanted to race karts and I used to always watch FI on my dad’s lap when I was a child. I just said that I wanted to always do that, and started karts when I was eight. I did a good nine years in that and then moved up to Formula Ford, which I think is F1600 in America. I did that in the UK for three years, and then stepped up to British F3 which is now GP3, and did that for half a year. It’s been a fun journey and I hope it continues for many more years.

ASHLEY: What’s been the most memorable moment of your racing career to date?

JONATHAN: It’d be winning the Formula Ford festival. Just when you look at the guys that have won that, half of them have made F1 and recently, (Josef) Newgarden won that in 2007. Just loads of great names who have won that and to have my name there as well is pretty cool. I didn’t quite win it two in a row, but I did win it once so that’s the stand out movement for me.

ASHLEY: Growing up a racing fan, do you have a racing hero yourself?

JONATHAN: Not one singular. Obviously, I remember seeing (Michael) Schumacher in the red car, red helmet and being distinctable. I liked (Lewis) Hamilton, I still do, just for the way he is on-track as he’s something else. And now just for the off-track, I like (Daniel) Riccardo. I like watching him now a days.

ASHLEY: What are your future ambitions in the sport? Where do you see yourself five years down the road? 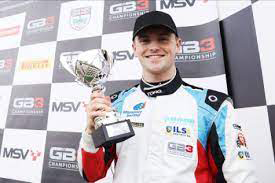 JONATHAN: In five years, I hope to be either in IndyCar or in a top ladder in racing. I just want to make the top level and compete against the best guys that there is and see how I fair against them.

ASHLEY: So being that you’ve done a lot of open-wheel stuff in your career, is there other forms of motorsports that interest you?

JONATHAN: Yeah, I mean, I’m never going to turn anything down. I’d give anything a go – anything with four wheels and an engine. The Endurance racing, GTs, prototypes, I’d be interested in that if my career led me down that way. I wouldn’t be too disappointed, but my main goal is single seaters right now because it’s everything that I’ve always watched and done.

I’ll go as far as I can with that and then at the point that I feel I may enjoy something more or something will suit me better, then I’ll look at something else.

ASHLEY: You spoke of starting in go-karts, and I want to go back to that because so many young kids start off there, looking to move on from there. What do you feel that you learned there that has been beneficial as you’ve done other forms of motorsports?

JONATHAN: Well, karting kind of teaches you everything. it teaches you how to go fast, especially at a young age. You learn the racing lines and how to race other people. That’s the biggest thing that I took from karts was the race craft, and being able to follow people, go for moves, or wait for another corner. Also, kart set-up is kind of similar to cars, as you may experience understeer here or there; you may want that in a car, but you don’t want that in a kart. Stuff like that.

The biggest thing I took was the race craft, and also the experience of losing because unfortunately, in this sport, you lose more times than you win. So being able to take that lost and trying to come back the next time to win was a big thing.