If you ask any fan of open-wheel modifieds who the greatest drivers of all-time are, the majority of fans will mention these five names. Though over the most recent seasons, another name is leaving his mark to join him – Matt Hirschman.

No matter what race he enters across the country in any series, the No. 60 is always a threat to take the checkered flag and score the victory, an occurrence that has happened over 200 times to date.

News From The Pits recently caught up with the Pennsylvania native to discuss his success, plans for 2023, and what drives him to continue after over 20 years behind the wheel.

ASHLEY MCCUBBIN: Looking back at how the season started at New Smyrna to taking home multiple victories over through the week, what are your thoughts on that? 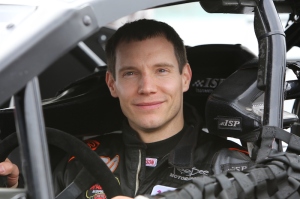 MATT HIRSCHMAN: It was a very successful week. In previous years, the format has been for quite a few years – I want to say it’s been the same for six, seven years now. Under that format with the five races, there was a year where we won three out of five – but this year, we did that again for the World Series but we also opened the week with the first ever Whelen Modified win ever held there. So we ended up winning four out of six for the week.

So this topped all the previous years and we’ve had success the last six straight years going and we’ve had success each year, but this pretty much topped all of them with winning the inaugural Whelen Modified race, and then three out of five for the World Series. In part of that, we won the two biggest races of that which was the John Blewett 76 Memorial and then the Richie Evans Memorial. So for the week, winning all the big races, and with the new big event to start the week, it was our most successful trip we had.

ASHLEY: I know during the week, you hit the marker of 200 career modified victories. What does it mean to have that accomplishment on your resume?

MATT: It’s a significant milestone because you don’t know if the next milestone can be reached. You hope that you have continued success and obviously with good health hand good opportunity and things, I hope that we can continue to win races. But the longer you do this, I think you appreciate something like that more because you realize what it took – all the work ,and sacrifices made to achieve that.

So it was something that I wanted to share because at the end of last year, I kind of totaled things up and knew I was close – only two away, so it was never anything that I paid much attention to or any type of goal or anything like that. but when I knew when we were that close to it starting a new season, I thought it was fitting to share that and thank all the people that contributed all those wins to reach that number.

ASHLEY: 200 wins is a lot, but what victories over the years mean the most to you as you look back through the years behind the wheel and the wins? 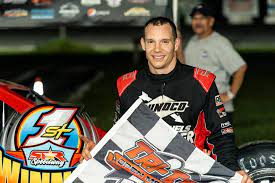 MATT: There’s so many. It terms of an actual race, the Race of Champions has always had a huge significance to modified race and my family because my father won it previously at different locations – Pocono, Oswego. It was a race that I was very close to winning several times, and it took me a lot longer in my career than I would have liked to earn my first win in that. Now years later, I have the record for the most wins in the event. So that event was always number one for me and I had a lot of success in the North South Shootout, which came in the years before I won the Race of Champions, and those events really put my name on the map and again, we’ve had continued success in that event.

There’s other wins that were significant for other reasons. It may have been something that opened an opportunity or opened a door to continue to progress your career, or gain another opportunity. There’s so many going back to the beginning, and then just recently going to Florida and what it means to be a part of Speedweeks and win a big event like that, the inaugural NASCAR Whelen Modified race there, and the attention that brought and part of Speedweeks winning the Richie Evans race. This year was our sixth win in that race, which is more than any other driver has. So there’s so many – that’s just some of them, but those are some that have always been important and something that a lot of them are races that come once in a year.

So if you don’t win, or come up short, you have to wait a whole other year to have a chance again. So those kind of races with that type of history and held annually tend to mean the most to win.

ASHLEY: So what’s in the cards for you for 2022, and which events have you most excited?

MATT: Our schedule is probably going to be similar to what we’ve done in recent years, and I have a schedule that is pretty unique to me because I don’t just focus on one series or tour. I tend to go wherever we choose, really, and that could be based on whether the better paying races, or what makes the most sense, or based on sponsors.

So doing this type of schedule, we’ve been able to win several different championships, but they’ve been more a mini series championship where it was a series of races that was maybe from five to seven races, and nothing something we followed with the goal of winning a 15-race touring schedule focusing just on that. We might have picked up some championships along the way, but it was more about winning races and going wherever we feel makes seethe most sense for us to do. 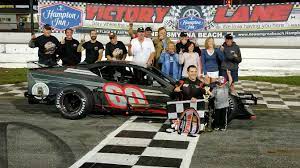 That’s a type of schedule we’ve done for the last five years and we do always throw something else in there. we’ve gone to some new places, even with the Whelen Modified races. We only use three or four a year, and some of them we have repeated. For instance, when they go to Oswego, that’s a track that we’ve been to the race each year when they go there. But then we went to different races – one year we went to Langley and that was the only time I’ve raced there. last year, we went to Beech Ridge in Maine and that was the only time that I raced there and only time I will get to race there as the track is closed.

So we might throw something in there – for instance, I got to compete at a track for the first time as we went to Lawrence with the SMART Tour and ended up winning that. So that is something that is kind of fun, or something that interests me in getting to go to new races. There is some seasons where I may run 30 something events, and not go to one venue I’ve never been too before. This year, there’s an opportunity to go to several events or venues for me and we’re just out one and we’re able to do it.