F1 “all committed to bringing our fans a 2020 Championship Season.”

With the coronavirus COVID-19 taking over countries all over the world, Formula 1 has not been able to hit the track this year for any racing action. Though in a recent released statement from CEO Chase Carey, the series is ready to get back to action once everything clears up.

“While at present no-one can be certain of exactly when the situation will improve, it will improve and when it does, we will be ready to go racing again,” he said. “We are all committed to bringing our fans a 2020 Championship Season. We recognise there is significant potential for additional postponements in currently scheduled events, nonetheless we and our partners fully expect the season to start at some point this summer, with a revised calendar of between 15-18 races.

While stating it wasn’t possible to “provide a more specific calendar now,” he added that the season will likely extend past the original end date as scheduled for November 29 ,with the “actual sequence and schedule dates for racing differing significantly.”

The Azerbaijan Grand Prix was the eighth race to be postponed or cancelled following “extensive discussions with Formula 1 as well as the FIA and the Government of the Azerbaijan Republic.” The previous events include Australia, Bahrain, Vietnam, China, Dutch, Spain, and the Monaco Grand Prix.

With the plan in place, F1 has announced that they will be freezing technical regulations through 2021, and will shut down factories for the months of march and April, instead of the usual summer break in August, to allot for racing action to occur then.

“This flexibility offers an opportunity to evolve the sport, experiment and try new things,” Carey expressed. “That may include initiatives such as expanding our esports platform, developing more innovative content like Netflix’s Drive to Survive, and other creative ways to drive ongoing value for the sport’s sponsor partners, broadcast partners, race promoters, teams and fans – the ecosystem of our fantastic sport.”

Outside of the re-scheduling, the series has been affected by the virus with one of McLaren Racing’s employees being diagnosed prior to the Australia Grand Prix. Lewis Hamilton also revealed that he self-isolated after attending an event that saw two people later test positive for the virus. 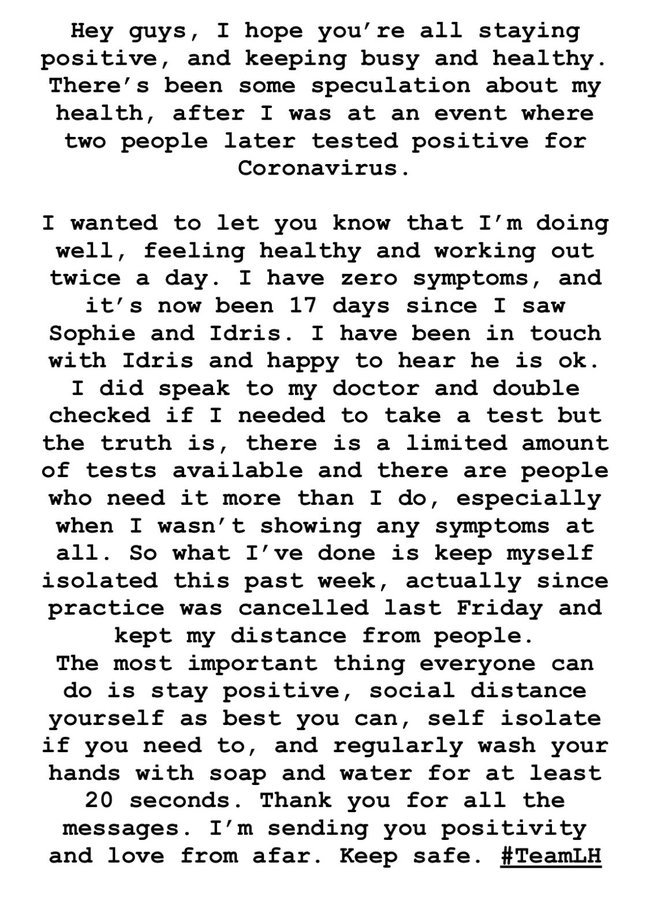 4,622 people are talking about this